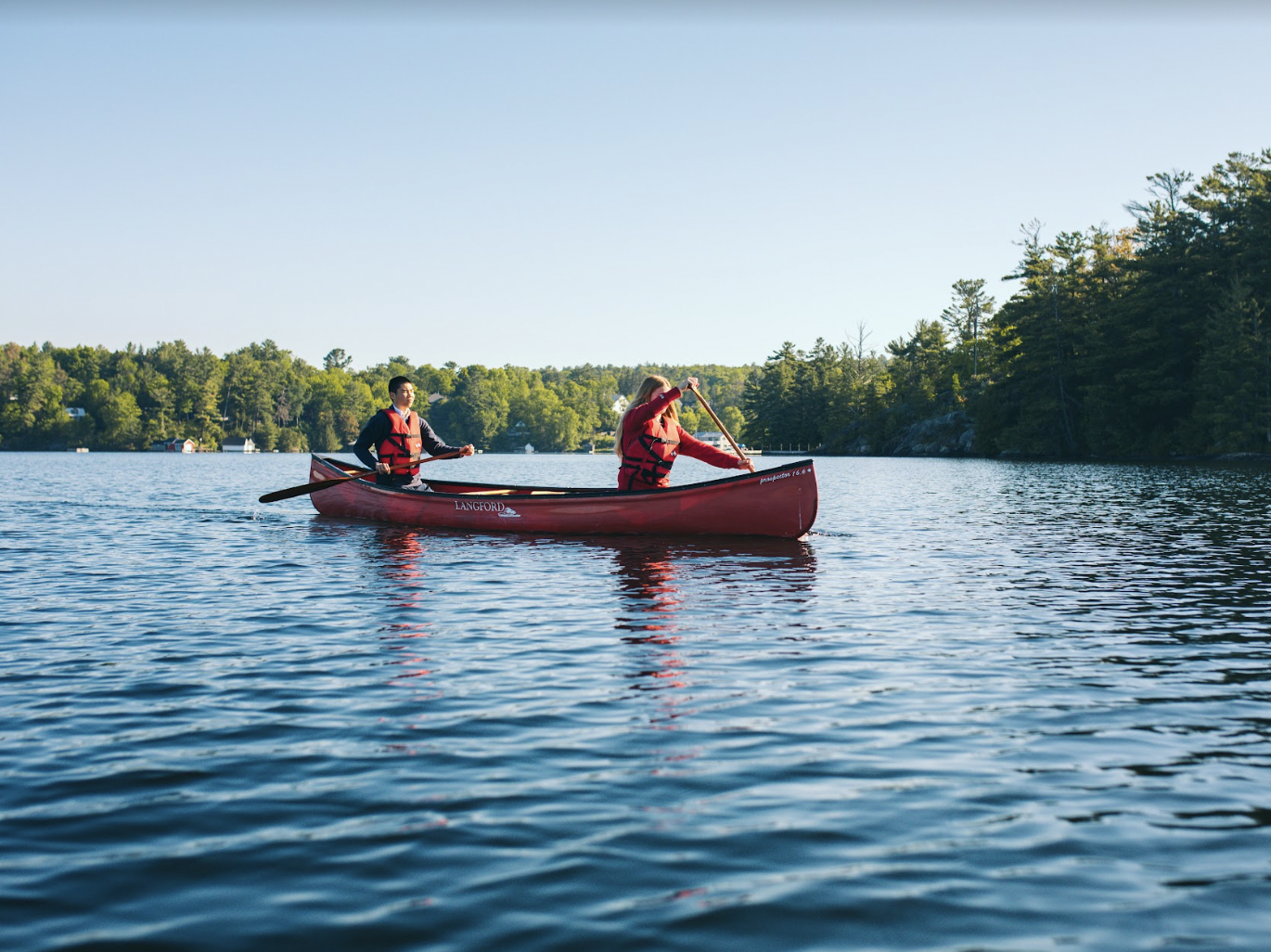 “It’s a lifestyle,” says Graeme Smith. “Outdoor education isn’t separate from education or environmental education. It’s all interwoven.” Smith is the Outdoor Education Lead at Rosseau Lake College, a role he’s filled since 2017. When I ask him, Ok, but what is it, he says, “It’s the title of my class, for one. I teach outdoor education, which is an extension of the curriculum plan.” He does, and it is, though of course it’s more than that. “You can think of outdoor education as having three facets," he continues, "education of the outdoors, education for the outdoors, and education in the outdoors.”

Education of the outdoors is often what people think of first. It’s learning how to canoe, and applying that skill to navigating from one place to another. It’s the lessons that come from physical exertion, and the satisfaction of reaching a goal. Education for the outdoors is learning about the environment, about what is happening to the ecosystems, or understanding the geography of the region by travelling across it. “We are integrating concepts of the outdoors into our classes. For example, in geography we relate it to something like maple syrup, we can tie the two concepts together and make it experiential. … the content directly relates to the outdoor environment.”

Education in the outdoors is just that: a math teacher taking her class outside on a sunny day to learn math, or an English teacher taking his class outside to discuss a book. There are outdoor classrooms and learning spaces scattered across the campus, including a teepee and a natural amphitheatre by the water’s edge, which instructors make consistent use of. A signature spot is the Knot, a dais set on a hill overlooking the water’s edge. Windows line the indoor spaces, so even there, nature is never all that far away. One day this past winter the snow iced over, making moving between buildings a challenge, though a shared one, delightful in its way. Former head of school Joe Seagram once said, “Nature is a great leveller.” It’s also a source of a unique joy. Says a recent alumnus, “Almost without fail, every spare I had in the winter, I’d throw on my snow pants, my big winter coat. I’d find someone else who had spare, and we’d go sledding; we’d go build snowmen. One of my favourite pictures I have from RLC is this big snowman I built on a spare in between my math classes. We had 50 minutes, and we just went outside and built a snowman.” After a pause he adds, “Winter is awesome.”

And then there’s the lake itself. One week this past spring temperatures were unseasonably warm. It was the first hint of the summer that was on its way and the faculty decided that they’d get the entire school out on the lake, together. And they did. Students, teachers, administrators. The head of school was out there, too. Using dozens of kayaks, canoes, stand-up paddle boards—they literally used everything available—they made their way out and around the lighthouse and back. It wasn’t perhaps the most academic experience, but it was galvanizing, joyful, and energizing all the same.

The value of all those various experiences can be hard to perceive in the moment. But again, as Smith says, outdoor education is a lifestyle. “I hate to preach to my students,” he says, clearly indicating that he does. “But one of the biggest issues facing the generation coming into the workforce is an inability to focus. Focus, resiliency, working effectively with others—those things that are at a higher level of skill and critical thinking that you get through being immersed in those difficult, new, out-of-your-comfort-zone situations.  Which is a huge component of outdoor ed: pushing yourself out of your comfort zone. Because that’s where learning occurs.”

It’s easy, perhaps, to see outdoor education as somewhat quaint. You don’t need to use a compass, for example, to navigate the subway. You don’t need to know how to tie six different knots in under 5 minutes to do, well, anything. A cynical person might say that these aren’t the skills that employers are looking for. When I ask Smith about that, he says that anyone who thinks that is missing the point; the lasting lessons are many, a sense of accomplishment prime among them. “The fact that you can.” Little victories are victories all the same. “Even things like knot tying,” says Smith. “A lot of kids struggle with the tactile process of tying a knot. But once they learn a couple and realize the applications, it’s really simple stuff, but it becomes really important and useful to them.”

Smith says that people often focus on the hard skills, but what the working world wants, increasingly, are what he thinks of as the “warm skills”: problem solving, decision making, critical thinking. Lessons that, he feels, nature has a knack of teaching, efficiently and effectively. “You know, ‘which knot do I tie,’ or ‘it’s pouring rain, should we get off the lake or continue to our campsite.’ All those skills—it’s maybe hard to see them when they’re in the context of a canoe trip—but if you’re in a situation where you need to think quickly on your feet, those experiences, those skills, they transfer over.” The experience of triaging, of thinking on your feet, teaches you to think effectively on your feet; finding calm in the midst of a challenge teaches strategies for finding calm. “It’s hard to see those lessons in the moment,” he admits, “but there’s a transfer of learning. You know, six months down the road that resiliency piece becomes apparent. You’re prepping for exams, and thinking, well, nothing is as bad as it was when I was portaging through pouring rain and bugs on a canoe trip.”

And empathy. “You know, it’s pretty easy to put yourself in someone else’s shoes when you’re both miserable, struggling through a portage together. So, there is that power of going through a challenging experience with someone else, and it fosters that empathy piece. For me, personally, I want to work with colleagues who are empathetic. So, it’s developing those social skills that seem to be fading with things like social media and screen time. And I hate to be like the older generation and come down on them, but I'm now 15 years into my career of working with children, and even in that time I’ve seen a change from pre-smartphone to now.”

“ … we were outside, at the lake, studying the physics of canoes—learning about Newton’s three laws and how they apply to canoeing. It definitely made it a lot more enjoyable than just sitting in a classroom and working by textbook all day.”
—Grade 9 student

Some students enrol at RLC because they are keen, experienced outdoors people, but most aren’t. “Some students arrive and they’re just completely out of their element,” says Smith. He mentions a student who arrived never having been to Canada, or been in a canoe, and or lived in an English-speaking environment. Then, two days off the plane, she’s on an outtrip paddling across a rugged portion of the Canadian Shield.

Smith clearly loves these kinds of stories. “They’re getting on a boat for the first time that isn’t big. It’s a little boat. And it’s being propelled by something that isn’t a motor. And to see those moments really click, where they’re going, ‘Wow, this is fun, it’s exciting!’ They’re learning new things, taking part in a completely different style of education than they’ve experienced before.“That’s what I love about my job,” he says. “When you get the people who don’t think they’re inclined, or feel that they’re not ready for outdoor ed, who then participate and see the benefits of it when they’re done.”

When I ask Smith what he hopes students take away with them from their experience at RLC, he says, “I want them to get a strong academic education. That’s why we’re here.” This is a preparatory school, after all. Students enrol to gain the skills, postures, and behaviours that will allow them to succeed in post-secondary programs, in Canada and around the world. But, as Head of School, Dave Krocker has said, “if we’re only preparing students for the next four years, then we aren’t doing our jobs.”

From the core curriculum, to character, to self-discovery, that’s what outdoor education offers. By the time students graduate from the school they have earned a world-class degree, and have been accepted to the post-secondary programs of their choice. They've also spent 40 nights on outtrips and overnights, explored hundreds of kilometres of trails, and paddled some of the most beautiful lakes and rivers in the world. They've experienced struggle and success, and learned something of themselves. They’ve used a compass and tied knots. They've seen the northern lights, and they have felt the joys of working together, closely, to solve real problems. They've learned what it means to be in the world, and to change the world. Some wonder who outdoor education is for. But at the end of the day, for Smith, it’s the same as wondering who education, in and of itself, is for. It’s for everyone. 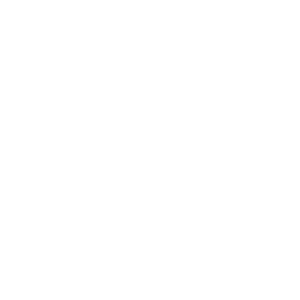 Send us an email to report errors on the site: Rosseau Lake College