Where our story began

The founders of Rosseau Lake College didn’t just want to create a school, they wanted to change the world.

The year that Rosseau Lake College was established was a big one. It was 1967, Canada’s Centennial, and the nation was busy growing mustaches, wearing bodices, and thinking big thoughts. The RLC board of directors wasn’t immune to that. In a letter announcing the appointment of R. H. Perry as headmaster they wrote that, “As Canada prepares to enter its second century, there is a pressing need to equip its future citizens socially, morally, and intellectually so that they may meet the challenges of ensuing decades with courage, intelligence and understanding.” It was a mouthful, but an important, hopeful one. The letter ends by saying that the school intends to “do its modest share to help young Canadians face the post-centennial years” and “counts itself fortunate in having Mr. Perry as founding Headmaster.”

It truly was. Perry was an amateur naturalist, expert canoeist, and highly-regarded educator, having just spent sixteen years as headmaster of Ashbury College in Ottawa. Prior to that, he’d earned degrees from the University of Toronto and Columbia in Manhattan. He’d been on staff at the Taylor Statten Camps, established a camp of his own, Camp Kawabi (and when the store that supplied the camp was folding, he bought it and ran that, too). He had written books on canoeing, and set national canoeing standards that are still in use today. He had served as a squadron leader with the RCAF during World War II, and presented a cross-country travel show on CBC radio that ran for two seasons. He’d also served as an administrator at U of T, including time as Director of Educational Programs at Hart House.

So, when the board counted itself fortunate, that was an understatement. They’d hit the jackpot. For his part, Perry had as well. He had retired from a long tenure at Ashbury College, but the Rosseau Lake concept was enough to bring him out of that retirement. It’s perhaps easy to imagine why. This was a unique chance to bring together everything he’d seen and done throughout his career, to tie together the strands of his life—the outdoors, education—and to provide something unique and uniquely his. It wasn’t a job, it was a calling, and by all accounts he approached it in exactly that way.

“ … an enterprising curiosity, an undefeatable spirit … “

The idea for a school was first put in motion by Roger Morris and Maurice East, both of whom weren’t professional educators, though they believed in the power of education to change a young person’s life. They also felt that the world was changing, and that more was required of people than they, traditionally, had been educated to give. 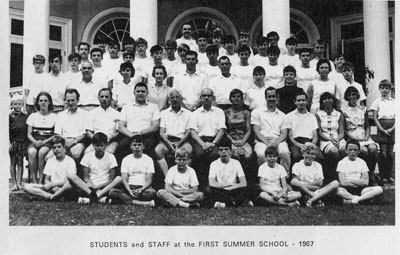 They weren’t the only ones thinking these thoughts, and there were lots of new ideas in the air at the time. Kurt Hahn was a locus for many of them. A German educator, he established innovative schools and co-curricular programs in Germany and the UK, including The Salem School, Gordonstoun, the United World Colleges, and Outward Bound. Hahn famously said at the time that “I regard it as the foremost task of education to ensure the survival of these qualities: an enterprising curiosity, an undefeatable spirit, tenacity in pursuit, readiness for sensible self-denial, and above all, compassion.”

It’s hard for us, now, to imagine how different that sentiment was. The academic approach he was suggesting upended things that were seen as foundational and, until then, largely unquestioned. Instead of learning only ‘at the foot of the master,’ per the classical model, students would learn first-hand, immersed in the very things they were learning about. Instead of rote repetition of facts and figures, education would be a process of self-discovery. They’d go beyond the confines of the classroom, knowing that learning is a product of the interaction between people, not between desks and blackboards. “There is more to us than we know,” said Hahn, “if we can be made to see it.”

Hahn wanted to ensure that his students would, and Perry/Morris/East did as well. In Rosseau, they recognized a unique opportunity to make it so. The school would be challenging yet rewarding. It would be based on a shared experience of an intentional, close-knit community. Instruction would be cross-curricular, rather than siloed. It would encourage the expression of talents, interests and curiosities in the service of intellectual diversity, rather than diminishing them for the sake of institutional uniformity. Students would leave with a world-class education, but not only that. They’d also leave having discovered something of themselves and their place in the world. The program would use the woods, the lake, the access to the natural environment, enhancing the delivery of the curriculum from canoeing to calculus, while building a sense of citizenship in ways that weren’t possible in other settings.

While they wouldn’t have used the term them, they were developing a program of experiential education, a still somewhat radical idea at the time. Perry had written in his manual on canoeing that “a reliance on one’s skill and judgement seems to sharpen the appreciation for all the little, but important things of life—food tastes better, clothes are more comfortable, nature takes on a new meaning and living becomes exhilarating.” You’d be hard pressed to find a better precis of what experiential learning is all about.

That’s what the founders built, and that’s what Rosseau Lake College remains today. It’s an academic program that uses the natural environment to enhance the delivery of the curriculum, from physical education to calculus. It’s a culture of education that allows students to access some big ideas about what it means to be a citizen, and a steward; to appreciate the things, and contribute their talents to some larger goals. The founders wanted learning to be exhilarating. And, at this small, independent school on the edge of a lake in northern Ontario, it is.

Lady Eaton’s gardens still grace the campus, the waters still sparkle, and the winds still whisper through the pines. 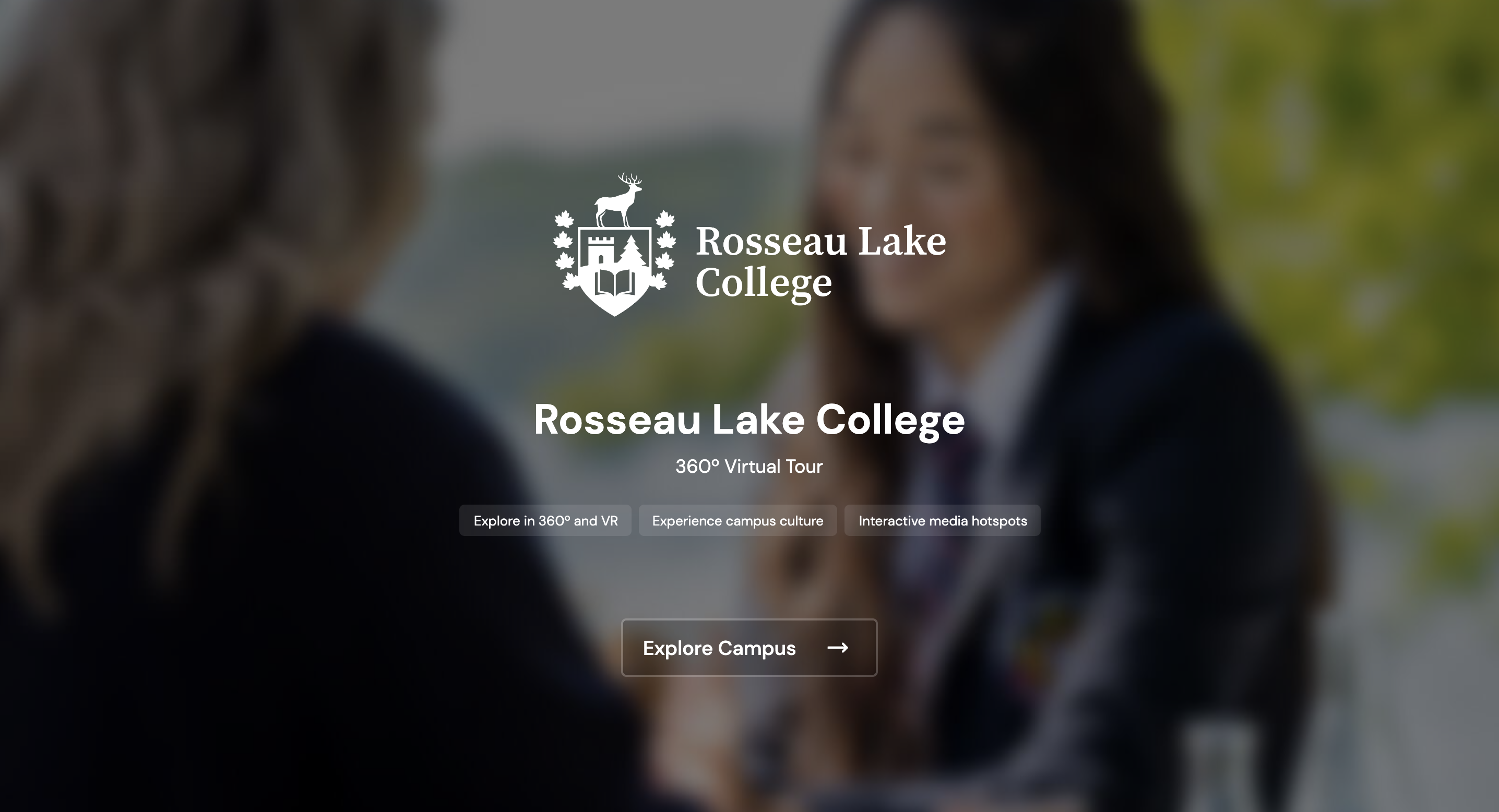 Explore the region, the site, and the supports that make Rosseau Lake College one of the most unique independent schools in Canada.