Closing Day Scholarship Awards are an RLC tradition of promoting and honouring academic excellence and leadership to current RLC students at the end of each academic year. 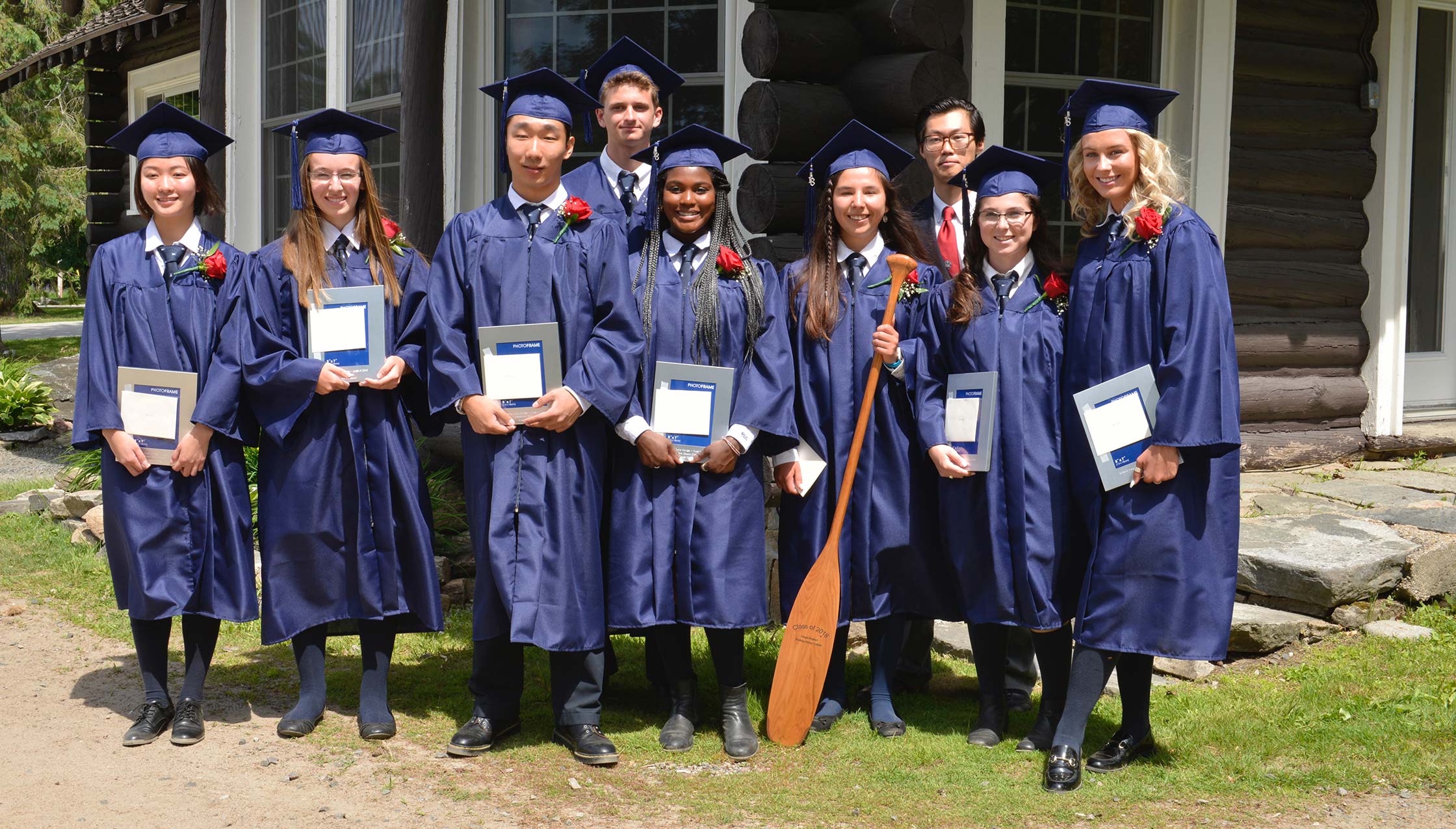 This scholarship was awarded for the first time in 1998. This scholarship is named in honour of Ronald H. Perry, founding Headmaster from 1967 to 1975. He strongly believed in independent education and the development of young people. The criteria for this scholarship is that the candidates are well-rounded students, solid academically and athletically, and are significantly involved in co-curricular activities.

Presented for the first time in 1991, funded by the Eaton Foundation. The school property was a summer retreat for Sir John and Lady Eaton from 1906 to 1945. It was known as Kawandag, a word of Ojibway extraction that means "the meeting of the pines.” This scholarship is awarded each year to the student who has demonstrated a diligent and responsible attitude with an above average academic standing and willingness to participate fully in all aspects of life at RLC.

This scholarship was created in 2004 to celebrate the life of RLC founding director Roger Morris.  The R.W. Morris Scholarship is awarded to the student who through actions, words and attitude, most epitomizes the RLC school spirit.

Presented for the first time in 1988, in honour of David N. Hodgetts, Headmaster of RLC from 1982 to 1986.  This scholarship is awarded to a student who is kind, studious, and who demonstrates a love for RLC and its environment.

Greg Devenish, Class of ‘71, was a charter member of the school. Greg became a member of the faculty at RLC and was then appointed Headmaster from 1993-1999. This scholarship is presented to the student who has been very active in service and who has had a positive impact in the local community or at the international level. This student has demonstrated core values such as empathy, resilience, respect, and responsibility.

Dr. W. Monk established this fund in memory of his son David Monk who attended RLC from 1979-1984. The intention of this scholarship program is to support students in their pursuit of leadership and outdoor education endeavours.

Established in 2018 in conjunction with the inaugural Discovery Fair, this scholarship recognizes the student whose project most exemplifies the personal brand and culture rich in discovery at the heart of RLC’s mission statement.